Why you should never merge cells in spreadsheets

When polling spreadsheet users, the ability to merge cells is highly controversial: people from high-finance backgrounds hate it while very casual users are often ambivalent to it.

This is problematic for number crunchers in other ways as well. In the same example above, if you wanted to highlight everything in column B and use the “select column” shortcut, it would automatically grab all the columns of the merged cell and not column B. That feature alone prevents you from formatting or deleting just column B. Similarly, you could have a formula somewhere that referenced cell B1. To the human eye, it would look like the contents of B1 are the same as “A1,” but in reality, the contents are actually blank since the merge feature deletes all of the contents not in the upper left most cell.

The more elegant solution is to use Center Across Selection, which gives the same appearance: the contents in A1 centered across cells A1, B1, and C1.

The problem is that this feature tends to be hidden away and used only by those who know about it (like most spreadsheet features). And even for the power users, it is a ton of keystrokes and shortcut keys to remember. But it’s the best alternative since you can still edit the cells individually. 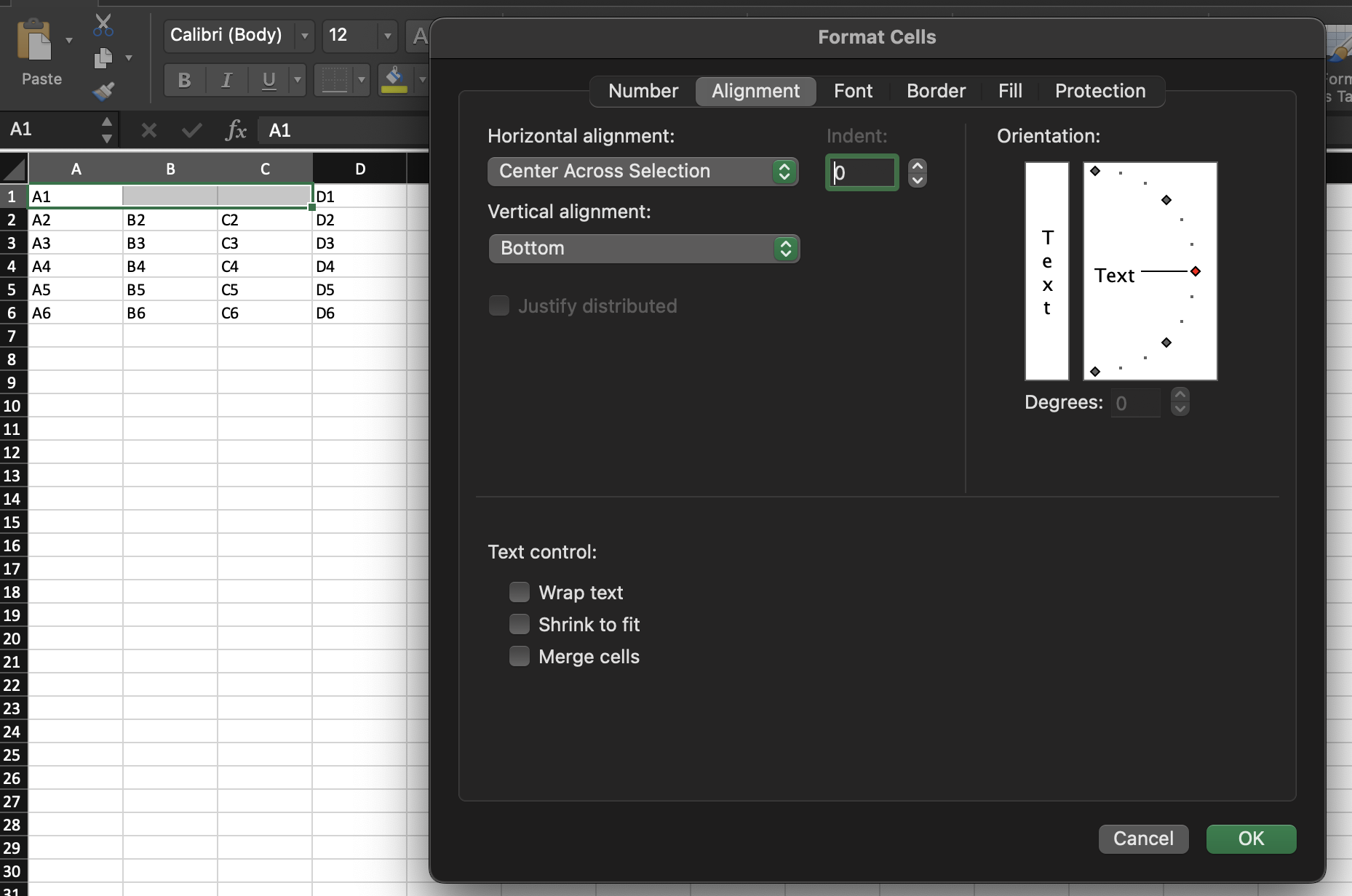 Anytime you’re tempted to use the merge cells function, try Center Across Selection instead, so you don’t break your analysis.